Don’t Underestimate the Power of that Little Black Dress

The Originator
Even though Audrey Hepburn was known for wearing the little black dress, she wasn’t the originator of the classic garment. The one behind the LBD was, in fact, Coco Chanel in the 1920’s. Chanel was a trailblazer in the fashion world during the roaring 20’s, so much so that many of the styles she designed are still relevant today. The little black dress was no different. Chanel brought about the LBD in the 20’s, during the great depression era which many believe (the black color) attributed to the popularity and growth of the LBD. Thanks to Chanel’s LBD designs Vogue published the style “go-to” for women everywhere, and they were right! Much like many of Chanel’s other designs, the LBD was simple in design while allowing for accessories to be easily worn to compliment the style. 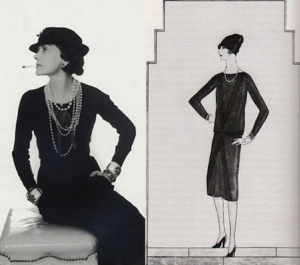 The Evolution
When Coco Chanel first introduced the little black dress to the fashion world, it had a very simple style with long sleeves and was rather modest.  But as time went on and the classic appeal of the LBD maintained its presence, other designers adapted it their signature stamp.  Dior was a noted designer who played a big part in the evolution of the LBD, taking risks by allowing for sexier vibes. This was at the same time Audrey Hepburn adapted the LBD for her own wardrobe, embracing it as a part of her signature style. The LBD went through yet another evolutionary phase in the 80’s when celebrities adorned the classic garment in silhouettes that were accommodating to cocktail parties. Throughout the years, the evolution of the LBD has experienced changes in fit and style; however, even with changes, there has been the constant simplicity of LBD designs maintaining the same original appeal and design that Chanel started with.

The LBD, Today
In today’s fashion world the LBD still reigns as a wardrobe staple for women everywhere. With countless silhouettes and styles available, there’s a little black dress that’s appropriate for every woman. We all see our favorite celebrities and models gracing the red carpets with little black dresses in countless different designs, but we haven’t seen this more than at the 2018 Golden Globe Awards. This year’s award show wasn’t just a statement for talent, but many (in fact, most) attendees opted to wear a black dress and band together to show their support for the #TimesUp movement. As black has long been known as a color representing mourning or sadness, it’s appropriate that the #TimesUp movement wear black to the awards show. 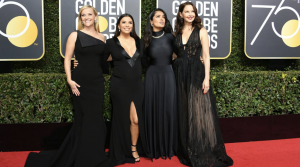